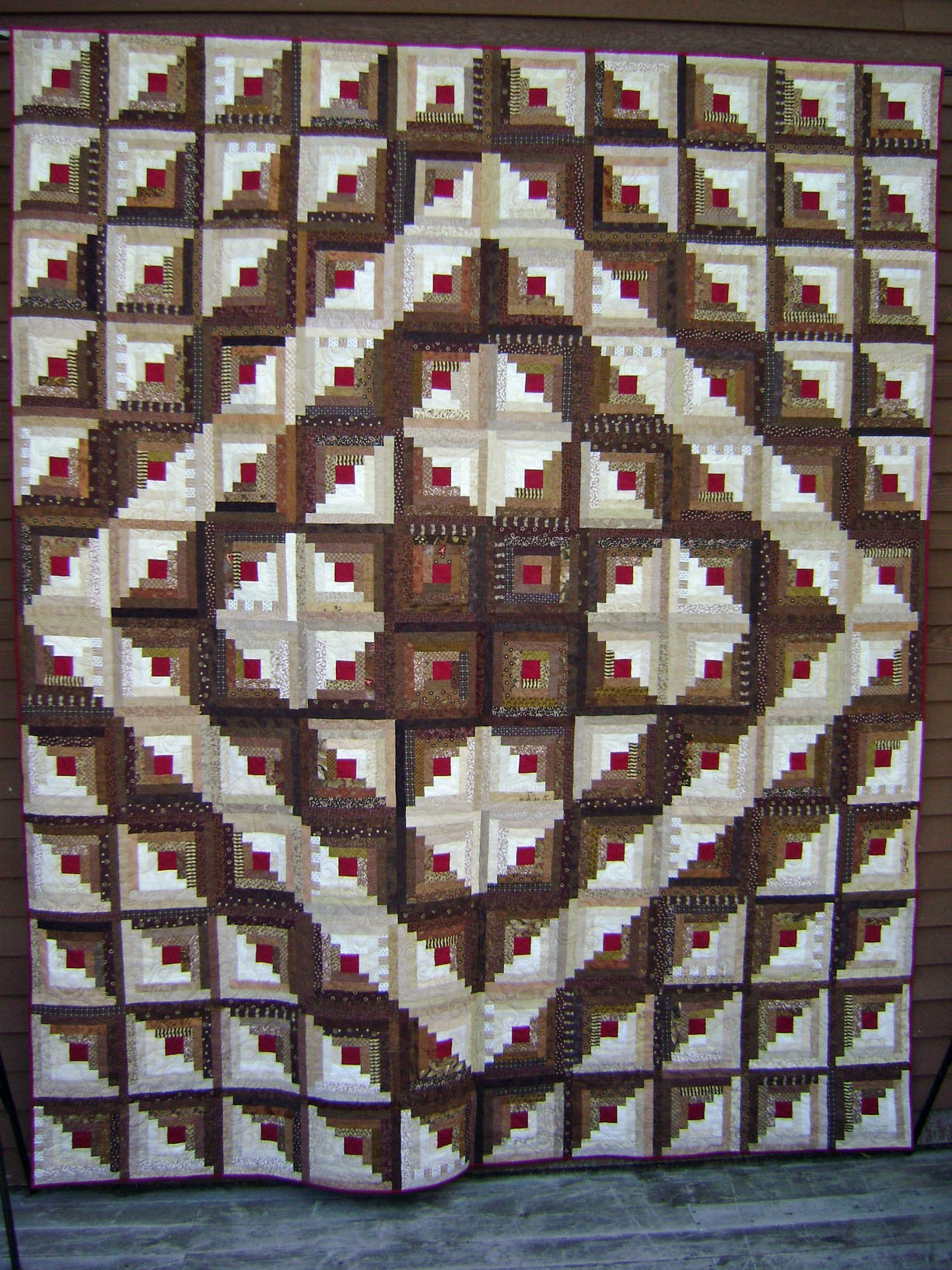 The Franklin County Quilters Guild, Saint Albans, Vermont, made "Mud Season in Vermont", for the guild’s 2009 raffle.  The raffle is held annually in conjunction with the guild’s quilt show in early April.  The quilt’s design is based on a slightly-modified version of the “Raising Star” pattern in Log Cabin Quilts Unlimited by Patricia Cox and Maggi McCormick Gordon.

The quilt is named after what native Vermonters call the fifth season, or Mud Season.  As Vermont emerges from a long, cold winter characteristic for the State, the days grow longer, and the sun climbs higher into the spring sky with each passing day.  With these changes come warmer temperatures during the day, followed by freezing temperatures at night, and as the spring sun shines, the dirt roads found throughout Vermont start to thaw and become muddy bogs during the day only to freeze with large ruts at night.  As one might imagine, these changes make driving on the back roads quite challenging and adventuresome from late March into early May.

Although spring brings those notorious muddy roads, it also brings maple sugaring and the flow of the sweet sap of the many sugar maples throughout Vermont.  Vermont holds the distinction of being the largest producer of maple syrup in the United States while the State’s neighbor to the north, Canada, is the world’s largest producer.

The brown “logs” of Mud Season not only represent the muddy spring roads, but also the wood siding of the sugarhouses where white clouds of steam billow from the roof.  The cream logs represent the steam clouds formed from boiling the sap, and the red center squares are demonstrative of the many red roofs found on Vermont’s sugarhouses.  Not surprisingly, the guild’s logo is that of a brown sugarhouse with a red roof, surrounded by a cream background.

With just under 100 members, the Franklin County Quilters Guild has grown to be the largest quilt guild in Franklin County, Vermont.  The guild was established in February 1991 to promote an interest in the art of quilting for guild members and for the community and has met monthly ever since.  Monthly meetings are held on the third Wednesday, September through June, at the Church of the Rock, on Route 104 in Saint Albans, starting at 6:30 p.m.

The Quilt was selected for the cover of the 2009 WRBQ quilters directory.